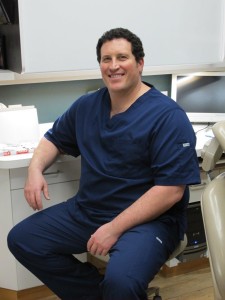 Is info on this listing outdated? Are you owner of this business? Register and claim it now.

Dr. Brent Corlazzoli obtained his BSc and DMD at the University of British Columbia in 1996. Brent practiced in Castlegar, British Columbia before moving to Kelowna, where he started his practice in 1999. Because of his passion for cosmetic dentistry and providing fabulous results for his patients, Brent remained on the leading edge for providing advanced and superior service through laser, and digital imaging. Because of Brentâ€™s commitment to working with superior materials coupled with highest Aesthetics, he cofounded Kastle Mills Corp In 2007 and was sole owner from 2008 until sale Feb 2013 to Argen Canada, the worldâ€™s largest metal refiner of dental alloys. Brent was past president of Thompson Okanagan dental society and of the Kelowna dental society and Key opinion leader for 3i, with respect to digital impression of their encode system. Brent was the first dentist in Canada to use Trios, leader for digital impressions in the world.

Because of his expertise in laser technique, digital impressions and passionate eye for quality, Brent was interviewed in Chicago by Dentistry Today ( link) and recognized for creating a superior esthetic result for his patients. Brent is a Speaker on Trios Digital scanners across Canada, as well, a clinical evaluator on digital work flow with labs and dentists across Canada with Trios. Brent resides in the beautiful Okanagan valley with his lovely wife Marni and their two children, Sofia and Rocco.